How to establish L2TP tunnel from LAN side 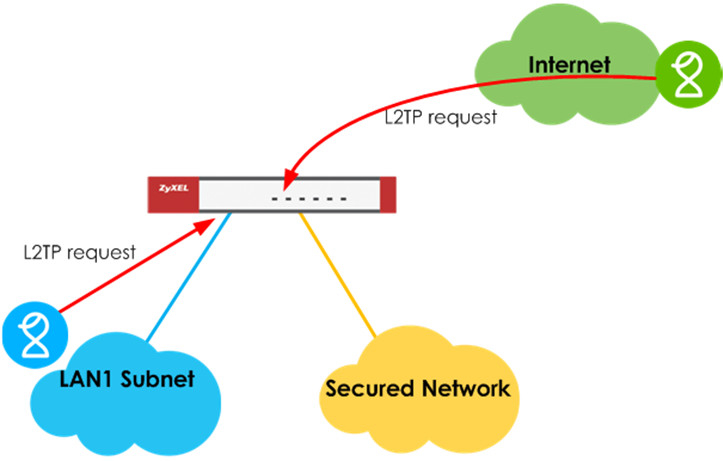 The VPN is a popular function for encrypting packets when transmitting the data.

In ZyWALL/USG/ATP’s current design, when the VPN interface is based on WAN1 interface, VPN request must coming from WAN1 interface (interface restricted), otherwise the request will be denied. (e.g. VPN connection came from LAN1)

However, in some scenarios, users may need to make the VPN tunnel from not only the WAN side but also LAN side.

This scenario is also supported by ZyWALL/USG/ATP. Users can follow the operating procedure below to turn off the VPN interface restriction so that the VPN connection can come from both WAN/LAN side afterward.