Freshman Member
September 2018 edited April 2021 in Security
We are using cloud-based VoIP phones, from OnSIP. The phones are on a separate port with DCHP running from the zywall itself,  but they randomly lose connection and they are not reachable from within or from outside of the network. We are using Firmware Version: V4.31(AAAB.0) / 2018-03-27 17:03:23 ,ALG is disabled as can be seen in the screenshot 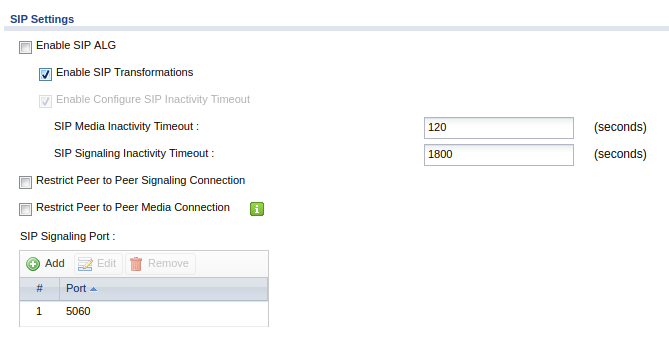 It was suggested by OnSIP support we put 'access rules' for a few subnets and so we did. Added the subnets in Configuration -> Object -> Addresses/Geo IP

It would be greatly appreciated if this problem gets sorted out because this is affecting our business and the support we received so far from ZyXel far from good.
Thanks