[NEBULA] How to Configure Voice VLAN on Zyxel Nebula Switch

Nowadays IP phones are commonly used in office environments, to give voice traffic a higher priority is an important consideration when designing a network.

Common scenario of the installation, the IP phone is connected to a switch on one end while linking the PC or laptop on the other end bridging both devices. In this case, Voice VLAN is an important feature used to easily mark and prioritize voice packets from IP phone, separating data packets from the PC.

In the following configuration guide, the goal to achieve is to separate traffic between the IP phone and PC without having to set individual VLAN tags for them. The Switch will add VLAN tags for voice & data packets separately upon receiving them and then forwarded to the uplink.

The following steps are applicable for switches supported on Nebula Control Center.

In this example for Nebula switches, data and voice VLAN are separated from management VLAN. Go to “Configure > Switch ports” page, select and edit the ports which are connected to IP phone, and set the port type as “access”. Assign a PVID for the ports. PVID is used to tag the data packets with the VLAN ID. Next we’ll let “Voice VLAN” feature to identify the voice packets for switch.

Hint: The uplink port type should be configured as trunk. 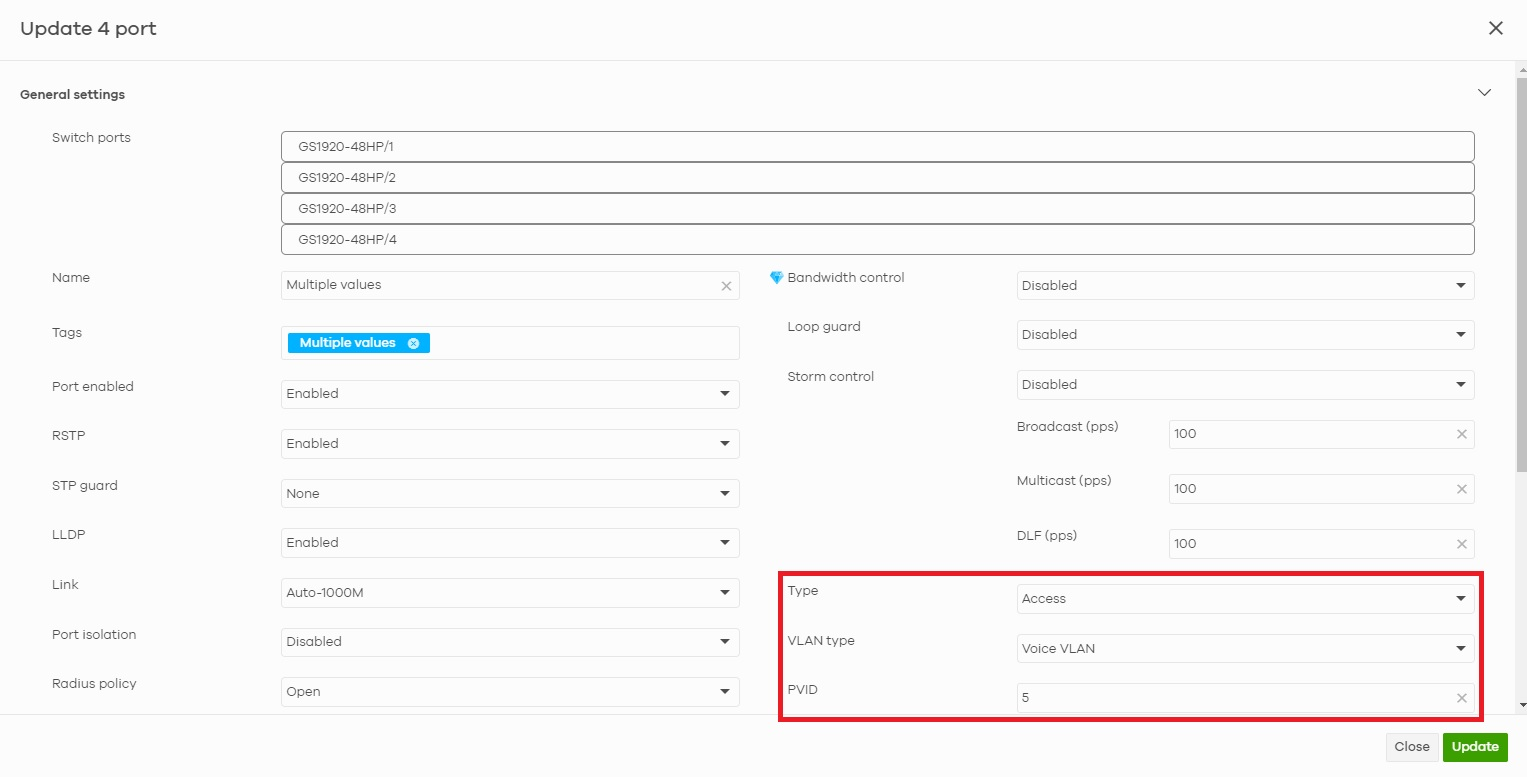 Go to “Configure>Switch configuration” page to configure Voice VLAN settings. Specify the VLAN ID and OUI addresses of the IP phones. OUI are the first 3 bytes of a MAC address that represents the vendor. Through specifying the IP phone MAC address, the switch can identify voice traffic accordingly. Nebula cloud switch supports up to 6 vendor OUIs. All Nebula supported switch can assign VLAN by OUI, but for by LLDP-MED, please refer to the Model list on NCC.

After saving Voice VLAN settings, all the switches in the same Nebula site will then be able to recognize and prioritize voice traffic.

This guide demonstrates the ease of configuring Voice VLAN on cloud managed switches. In general, separating VLANs and determine rules for data and voice achieved the goal of prioritizing voice traffic without additional configuration on the IP phones.