How to establish Hub and Spoke VPN between Nebula Devices (USG FLEX & NSG)?

Scenario: Setup Hub and Spoke VPN between USG FLEX and NSG devices under the same organization. 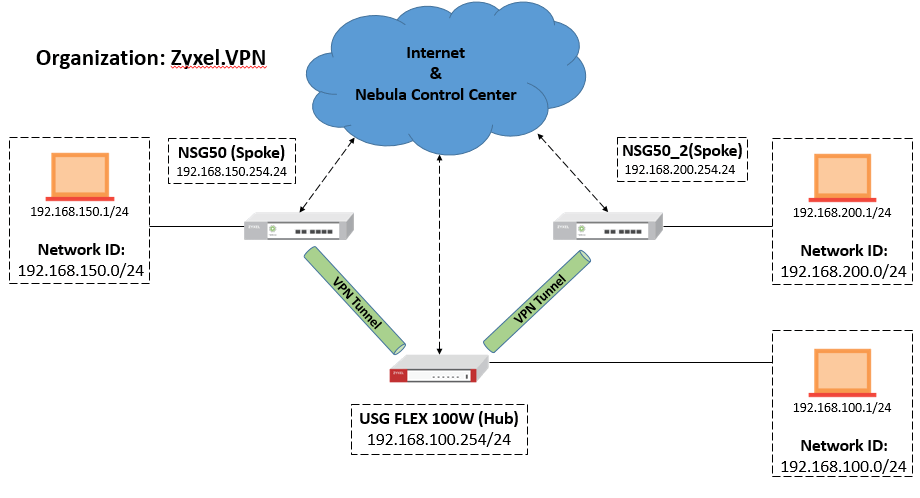 1. Configure Hub and Spoke VPN on devices.
(Refer to USG FLEX on the left and NSG on the right.) 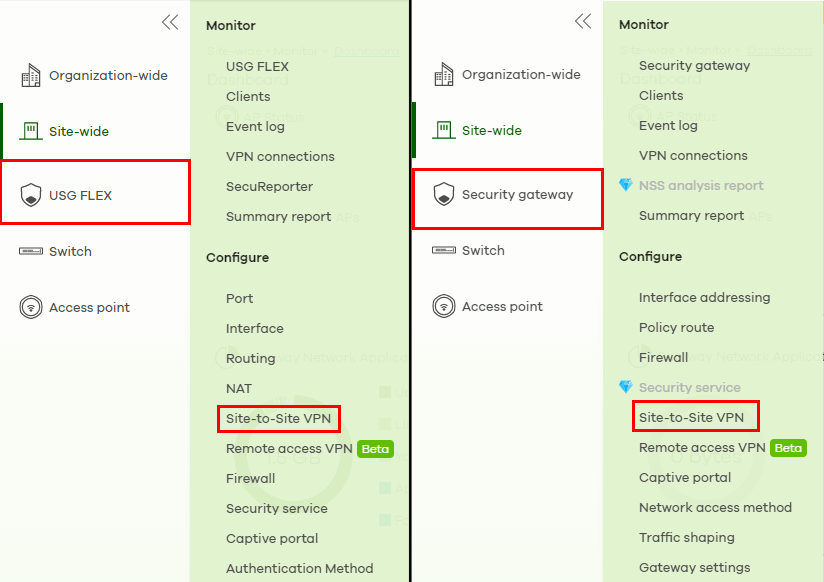 2. Select correct outgoing interface and toggle "Use VPN" on local interface that needs to be added to VPN tunnel.

(If you would not like to establish a VPN tunnel between spokes, keep it as disabled.)

Note: If you would like to build a Site to Site VPN in different organizations, please refer to this post.