How to install the satellite on Multy M1 and check the MESH status? 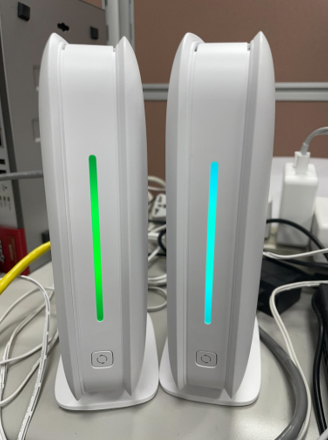 There are two ways to pair the Multy M1 devices.

a.Press the WPS button on Main Multy first, and wait until the LED turn to blinking purple.

b.Press the WPS button on the satellite and wait until the LED turn to blinking purple.

c.After a few seconds, both device will start pairing.

When Both devices turn to solid green LED light it means the pairing process is complete.

2. Connected Ethernet cable on both Lan1 Port to pair the Multy M1 devices 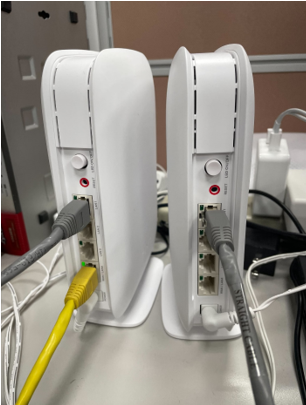 a.Connect Lan1 port of the two devices on the same Ethernet cable.

b. After 10 seconds, the satellite will start to flash green light slowly.
c. After two to three minutes, when the solid green lights show on of both devices, it means the installation has been completed, and if you do not need to build up Ethernet backhaul on Multy M1 devices, the Ethernet cable on both LAN1 ports can be removed now.

After completing the process. Both devices should LED solid green light.

How to check the Ethernet backhaul status on the Multy M1 devices?

Check if it is connected with an ethernet cable,

Go to WEB GUI and click the left panel

The WiFi backhaul status will show nothing when it is connected with ethernet backhaul.

On the Multy APP it will show that it is connected with ethernet backhaul. 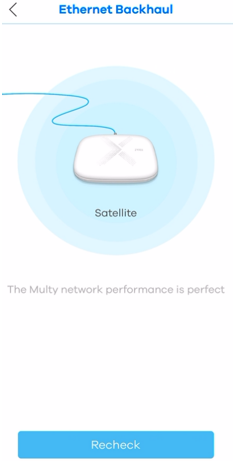