How to Set up Seamless Wireless Roaming?

In General Settings, key in Roaming as profile name, and set security mode to wpa2.

In Authentication Settings, select to PSK and key in Pre-shared Key. Click OK 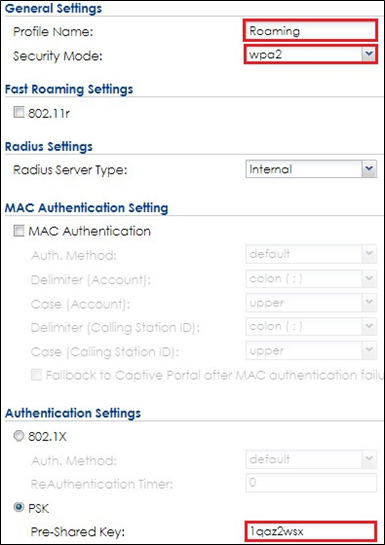 In Profile Name and SSID, key in Roaming. 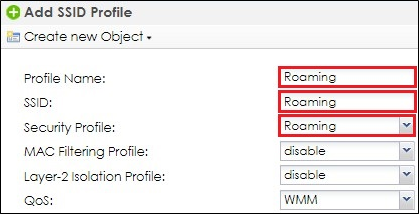 3     Create a new AP group for roaming, and select AP1 and AP2 as member of the AP group.

In Profile Name, key in Roaming. 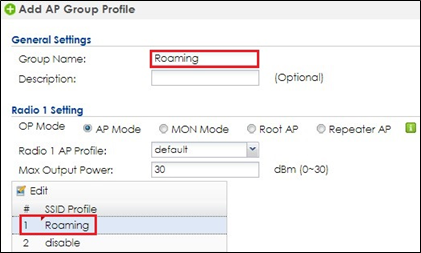 1     User connects to the SSID and make sure the user can access the Internet without any problem.

What Could Go Wrong?

1     User may disconnect when AP1 and AP2’s signal is not overlapping. If the Max out power is 30 and two APs still don’t overlap, please move these two APs closer to make signal overlap.

2     When AP1 and AP2 overlapping is too large, the AP1 and AP2’s signal are interference to each other. Here are two ways for solving this issue. One is to make these two APs more far away from each other; the other is to decrease Max output power.

3     Enable threshold in radio might cause disconnection between AP and station. When the overlap area RSSI is lower than threshold value, station is not able to connect to AP. The Station Signal Threshold and Disassociation Station Threshold should be lower than the overlapping area’s RSSI. 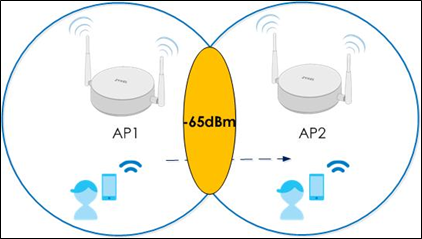 4     “Band Select” may potentially cause interruptions for time-sensitive applications because of roaming delays. So, it’s suggested disabling band select.

5     The connection might not be stable if the “Load Balance” is enabled and the maximum station number is reached. The roaming station may connect to the AP and disconnect soon.

6     It’s up to station to roam or not. The roaming tendency is able to modify in computer’s setting. 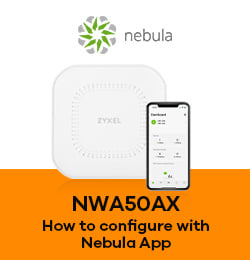 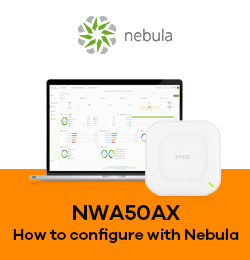