The Evolution of Nebula Continues: What’s New in Nebula 8.2 Release?

We’ve recently released the latest version of Nebula 8.2. The focal point of this release is the official release of Nebula’s new-generation UI with both light and dark modes, offering users with a customizable dashboard and easier, more intuitive navigation.

Apart from the nice-looking UI, this release also introduces new additions to the Nebula’s family along with other important enhancements to boost additional support for usability and network security. (Read a full introduction to Nebula 8.2 release)

The Beta version of UI2.0 (with light mode), which was released in the previous 8.1 version, gave a brand new look of Nebula. Now, the evolutionary revamp has been officially completed. The new UI further includes a dark-mode option. Users will be able to switch between the bright and dark themes with a single click. 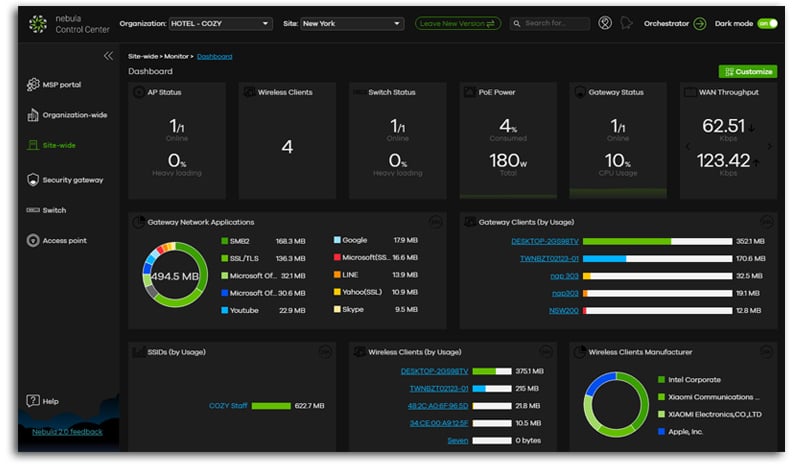 Dark-mode dashboard is added in the new release. Users can be able to switch between bright and dark themes with a single click.

Nebula has further expanded to include the powerful WAX650S, NWA110AX, and WAX510D access points. All feature WiFi 6 (802.11ax) as well as beefed-up security, including MAC filtering for each SSID, the latest WPA3 WiFi standard, and dynamic VLAN assignment. The latter is perfect for larger school or business networks as it can separate users into multiple VLANs, isolating them for stronger security and also allowing easier management. 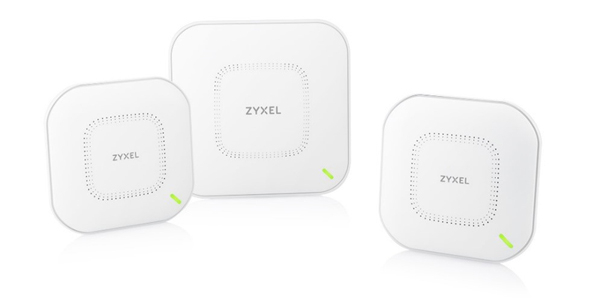 More information about other Nebula 8.2 new features and enhancements can be found here: View What’s New in Nebula 8.2?