A major redesign of the Nebula Control Center (NCC) release now. In this release, Nebula not only introduces important aesthetic and usability enhancements with its stylish user interface (Beta), but also features an array of intelligent management tools and even more device compatibility. Let’s glance at what’s new! (View full introduction)

UI2.0 (Beta) & Front-end Improvements to empower users: Upon login to the new Nebula UI2.0, it is not hard for Nebula devotees to notice the update’s focal point: a visually pleasing UI, as shown below. The pristine, ivory backdrop lines up with the existing aesthetics of the Nebula app, achieving a consistent look and feel across devices. 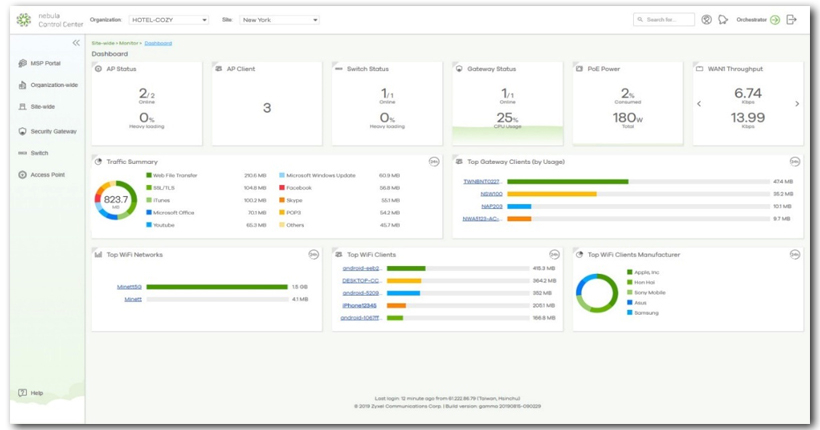 Smart Engine: Nebula’s smart engine makes it even easier to correlate settings and events across the entire network.

New switch member: The full 10G aggregation switch XS3800-28 can serve as the core of a Nebula network.