Biggles Posts: 7
December 2021 in Personal Cloud Storage
With reference to my newly bought NAS326 with 2 x Seagate IronWolf 4TB.
Out of curiosity I checked the status of my Raid1 (used default setup during installation) and found that the Overview showed "Green" status on both disks, BUT when I looked into Disk2 it showed "Bad, status: Danger"!
Question: How to interprete the information given (I know something is wrong) including the S.M.A.R.T Info and how to correct it and make it good again?
Enclosed screenshots shows the information i received. 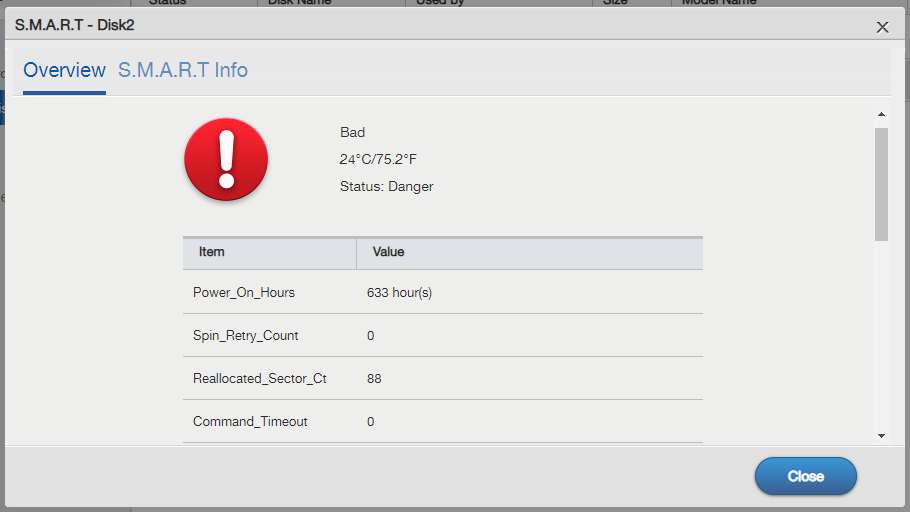 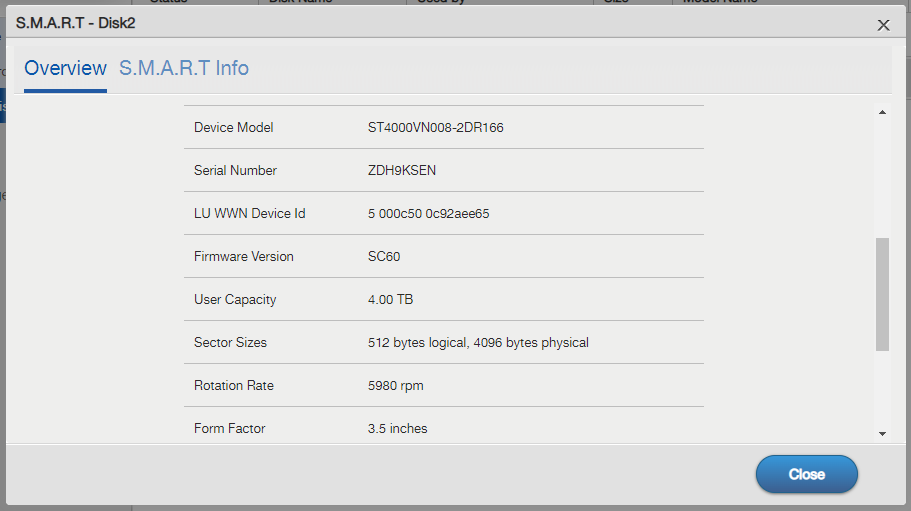 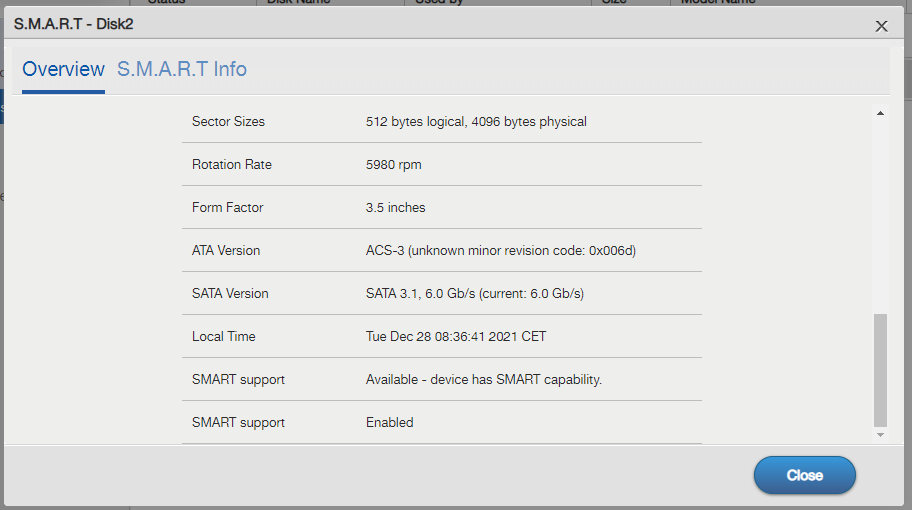 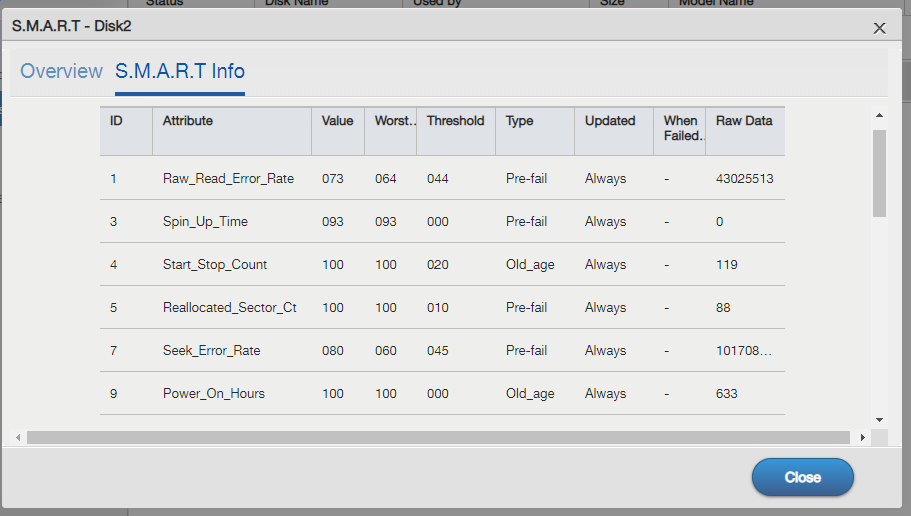 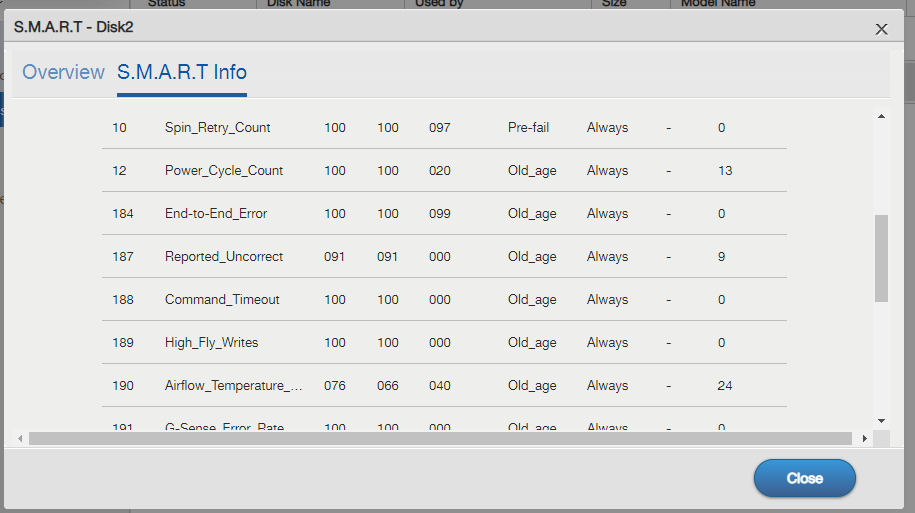 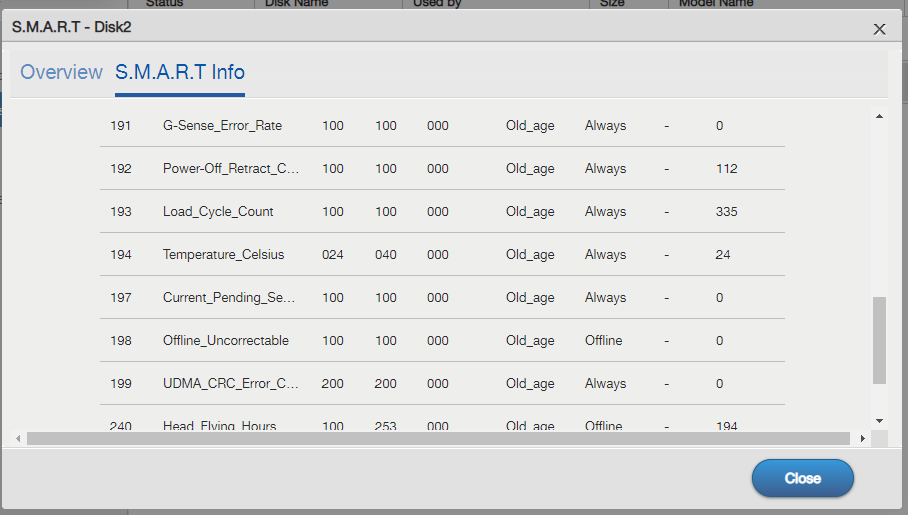 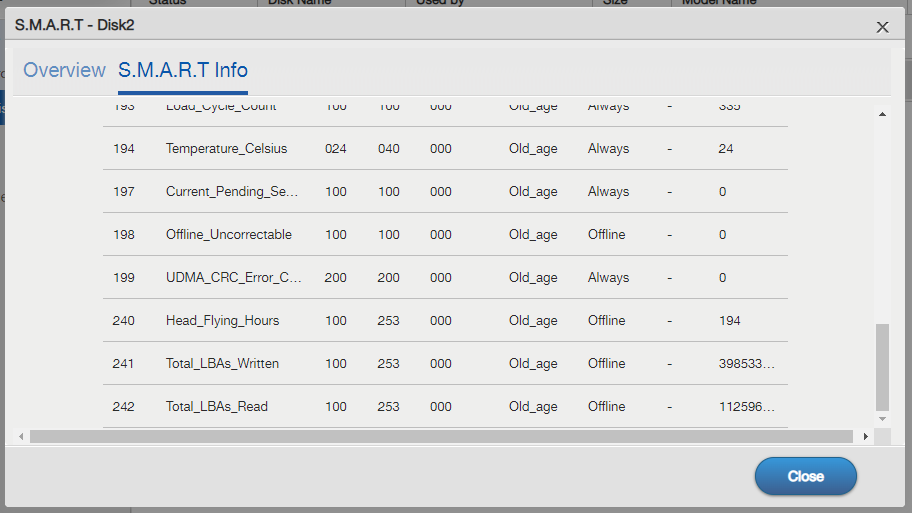 Should also mention that I deleted my first total back-up, due to "Windows File History" adding time stamps to all files, if it has any barring on the issue.

Looking forward to hear from you experts.
Regards Biggles
0